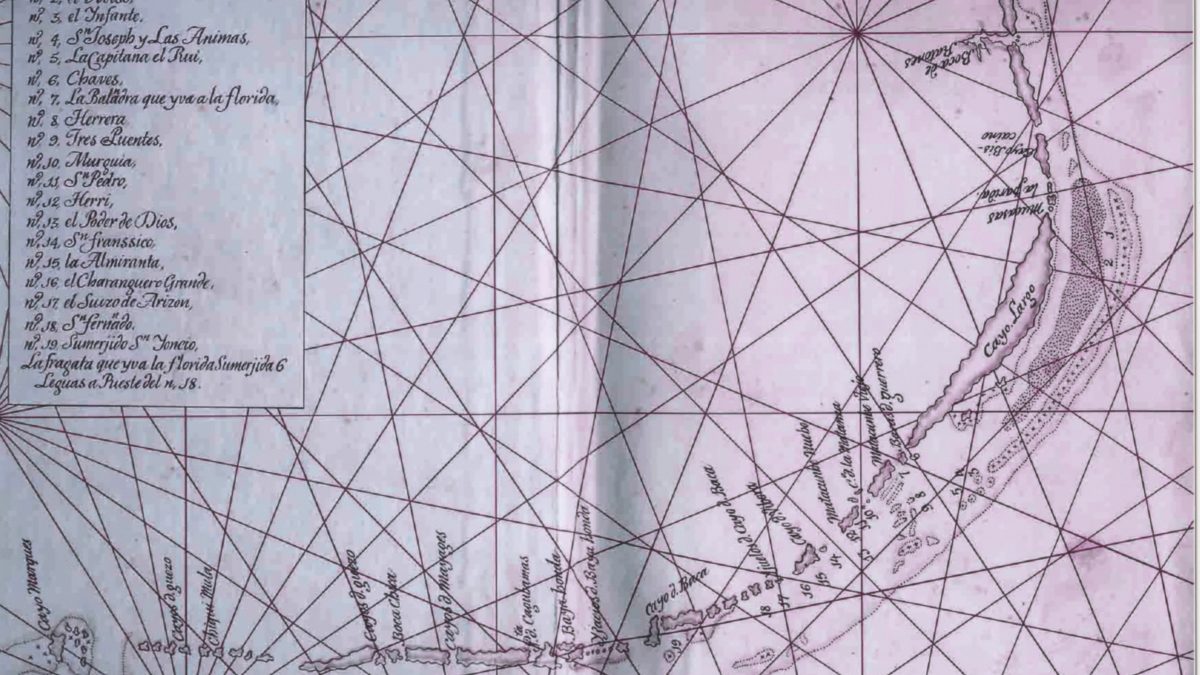 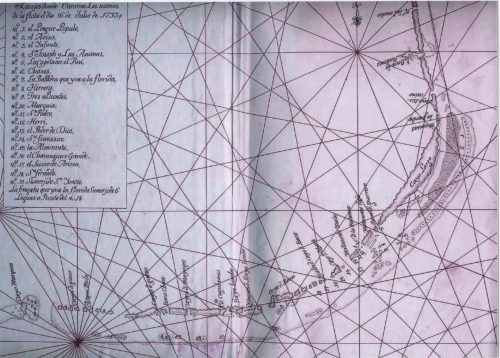 In a Spanish document dated June 14, 1681, the phrase “the enemy gathering at Cayo de Guesas” appears. It is interesting wording for two reasons. First, the enemy is considered to be piratical in nature, making this one of a handful of actual documented accounts of pirates on the Florida Keys. The use of the place name Cayo de Guesas, too, is great, because it records one of the early identities assigned to the island.

It would have other names. On a chart marking the location of the hurricane-ravaged 1733 New Spain Fleet, the island was identified as Cayos de Guezo. The 1742 Antonio de Arredondo chart shows Cayo Gueso. Another chart from 1742, credited to Juan de Liguera, identified the island as Cayo de Huesos. Hueso is the Spanish word for bone which means that whether the island was called Guezo, Gueso, or Huesos, it was, from the beginning, Bone Island.

The 1790 Gauld-Faden chart reported, “Cayo Huesso commonly called Kay West.” How did the name turn from Bone Island to Key West? It managed the feat with a little bastardization from the English tongue. Hueso is pronounced like “way” so it sounds like “way-so.” To an English sailor’s ear (especially after a grog or two), the name began to sound like Kay Wayso which eventually morphed more and more until it was wayso, west, Kay West, Key West.

Why the name Bone Island? When early European sailors first came ashore, human bones, leg bones, arm bones, probably a skull or two, were found uncovered and in plain sight. The name seemed a practical choice for the Spaniards, though they may not have understood why there were bones simply cast about the island. They were not strewn about as artifacts from some ancient Indian war. Except in extraordinary cases, the aboriginal people did not bury their dead. Instead, bodies were left exposed to the elements in an act of ceremony.

Spain would become the island’s first European owner, well Key West, all of the Keys, and the rest of the Florida territory. Without delving too deeply into the back and forth of Florida ownership, Spain would also be the last European country to claim Florida before it became an American possession. Understanding it was a vast, sparsely populated wilderness, Spain’s government encouraged the acquisition and development of land by private citizens through a program of land grants implemented in 1790. It was during this period that the Spanish government granted ownership of Key West to Don Juan de Estrata.

He would not be the island’s last Spanish owner. In 1815, Estrata sold Key West to Juan Pablo Salas. Salas, in turn, sold Key West to its first American owner, John Simonton, who paid $2,000, an amount paid in full on December 20, 1821.

John Watson Simonton was born in New Jersey in 1791. Simonton grew up to be a merchant and businessman operating between Mobile, Alabama, and Cuba. Because of the route he traveled, he understood Key West’s advantageous position along the shipping lines—especially since it had become an American territory. He also understood the importance of the island’s naturally deep harbor.

Thinking he was the undisputed owner of the island, Simonton took on three partners, selling parcels to John Whitehead, John Fleming, and Pardon Greene. All of these names remain prominent streets on the island: Simonton, Whitehead, Fleming, and Greene. Simonton went on to become not just one of the island’s earliest residents, but one of its first snowbirds. He would winter in Key West, but spend his summers in Washington D.C., where he traveled in political circles.

Unbeknownst to Simonton, Salas sold Key West to more than one person. On or about the same time he was selling the island to Simonton, Salas also sold the island to an attorney named John Strong in a transaction that occurred on January 19, 1822. While it is a disservice to refer to all attorneys as corrupt, there have certainly been a few bad apples sprinkled throughout history that have helped to tarnish their image as a whole. Strong proved himself to be one of these bad apples. He turned around and sold Key West, too, twice, to both John Geddes of Charleston and George Murray, president of the Legislative Council of the Territory of Florida.

While it would take years for the courts to wade through the documents and procedures, Simonton was declared Key West’s rightful owner on May 23, 1828. John Simonton died while in Washington D.C. on May 15, 1854.