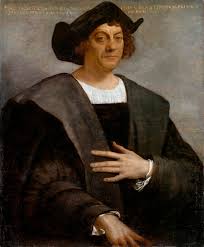 Christopher Columbus was not the first European to sail the ocean blue and “discover” the New World. His 1492 arrival did make him the most famous. Thinking he had found a shortcut to India, Columbus named the indigenous people indios. The 1492 event would be the first of four crossings for Columbus. Whether or not he was the first to sail across the Atlantic is irrelevant as those who made the trek before and after him helped open the door to transatlantic crossings.
As early as 1502, European slave ships began arriving in the New World. By 1509, Spanish slavers were capturing the Lacayos, the aboriginal people of the Bahamas Islands. In less than a decade, they depopulated the island chain of its indigenous people. What happened in the Bahamas was not unique. The native people of Cuba also came under attack.
With a little help from Hernando Cortes, Spanish forces led by Diego Velazquez conquered Cuba in 1511. The island had three primary aboriginal cultures. The original inhabitants were the Guanahatabeyes, a shell culture like the Calusa, Tequesta, and Matecumbe Indians inhabiting South Florida and the Keys. The other two primary Cuban cultures were the Ciboneyes and the Tainos. Believed to be part of a South American Arawak culture, they are thought to have island-hopped throughout the West Indies and settled on Cuba.
The island’s native people fought not just enslavement but the introduction of Old World diseases like smallpox to which they had no immunity. Florida and the Keys would not be immune to what was happening across the West Indies. Change was coming. To the Spanish, the indigenous peoples were viewed as lost souls needing saving. One of the primary missions of the Spanish was the conversion of the savage aboriginals to Christianity.
To that point, when Pamphilo de Narvaez sailed for La Florida in 1527, he came with a declaration. After he landed, Narvaez read from a document addressed to all Indians. “You will not be forced to embrace Christianity, but when you shall be well informed of the truth, you will be made Christian… But if you do not do this, and if by malice you delay agreeing to what I have proposed to you, I will testify to you, that with God’s assistance, I will march against you, arms in hand… I will sell and dispose of you according to the order of Her Majesty, I will seize upon your effects; I will ravage your property, and will do to you all possible harm.”
Europeans were settling up and down the eastern seaboard, creating colonies and displacing indigenous peoples from their homelands. Increasingly, cultures of people were driven south onto the Florida peninsula. South Florida and Keys cultures became forced to fight European influences and aggressions from outside Indian cultures. By the mid to late eighteenth century, fewer than 300 years from first European contact, more than 2,000 years of South Florida and Keys aboriginal cultures had been wiped away.
has been added to the cart. View Cart
mrkeroppi