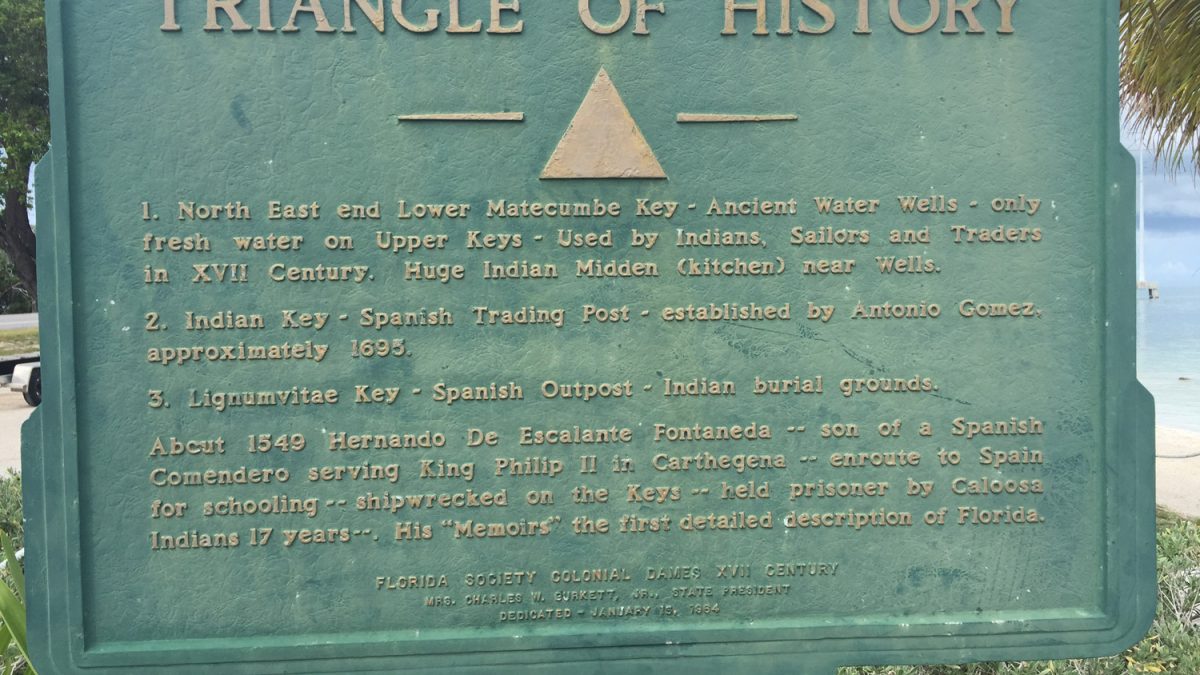 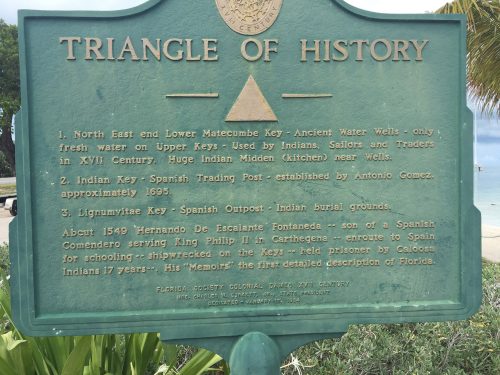 Etched into an Islamorada roadside marker is the assertion that Antonio Gomez established a Spanish Trading Post on Indian Key circa 1695. While the legendary tale could be accurate, there is no supporting documentation connecting a man of that name to a trading post on the island – at that time. This is not to say that there was never someone named Antonio Gomez at Indian Key who was doing some kind of trading. There is evidence that it happened, eventually.

Also, it should be noted that Florida is home to more than one Indian Key. On the west coast of Florida, in Pinellas County, there is an island in the St. Petersburg area called Bird Key. The island has also been known as Indian Key and, on this Indian Key, a man named Antonio Gomez claimed 640 acres circa 1812 as part of the Spanish Land Grants. This would not be the same Antonio Gomez associated with the Florida Keys more than four decades later.

Recorded in “Memoirs of Reconnaissance, compiled by Major Francis N. Page, Dept. of Florida, War Department, Record Group 393, National Archives – Records of the U.S. Army Continental Commands, 1821-1920,” was an observation from August 1856. On the south side of the Miami River, a trail was discovered, one thought to be used by Indians, that led away from a house two miles away from Fort Dallas. The discovery led to a search of the area by military personnel.

According to the document: “At the time those Indians were about Ft. Dallas a man called Antonio Gomez – a Portuguese who resided for years in the vicinity came up from Key West on a sloop boat – movements very suspicious – supposed he intended to introduce liquor on the Miami [River] or to carry off deserters [for a fee from them] – was closely watched – He left for Key West on the 13th, same day the commands left the post. Capt. Hill believed that his object was to trade with the Indians, and that he met them at a bluff some two miles south of the post. Lt. Smead, 1st Artillery reported to Capt. Hill that Sgt. O’Brian informed him that he saw a small boat belonging to one Antonio Gomez cruising along the coast near where some Indians were seen a short time since, at intervals of a mile the boat would stop and a man go ashore and remain a short time and about dark the boat anchored 9 miles from Ft. Dallas – When the sergeant reached Indian Key he was told by some of the soldiers stationed there that the boat stopped at Indian Key for a few minutes going up – had whiskey and other stores on board – inquired particularly the strength of this detachment and if any officers were with it – Rumored that there are men in Key West who trade with Indians and supply them with such things as they want.”

What the historical record reveals is that there have been several Antonio Gomez’s associated with more than one Indian Key. Was there a third Antonio Gomez operating on Indian Key circa 1695, and if so, was it the Indian Key in Monroe County or the one in Pinellas County? Without documents to support the claim, the idea seems more like a mishmash of other stories and just another legend attributed to the history of Indian Key.