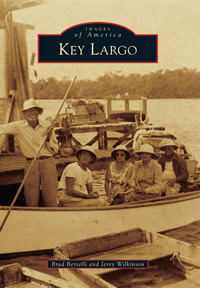 A collection of 195 black and white images from the 1880s to the 1980s help show the development of the island of Key Largo. From the early wreckers and pineapple farmers who first settled the island, to the hurricanes and Henry Flagler’s Oversea Railroad that have come to define it, Key Largo is a moving collection of images and stories that bring to life some of the history of the largest of Florida’s keys, Key Largo. 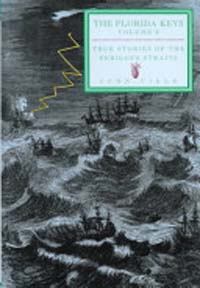 The Florida Keys, Vol. 2: True Stories of the Perilous Straits

Today, on the Keys between Key West and the mainland, some forty thousand residents and thousands of visitors fish, swim, sail and dive int he crystal clear waters off a tropical reef; relax in the sun and cooling trade wind breezes; and sleep in the air-conditioned comfort of their homes and hotel rooms. On these same islands, as short a time as eighty years ago, fewer than three hundred inhabitants tried to eke out a living without benefit of electricity, running water, radios, or telephones. The stories of these hard pioneers and their predecessors, as far back as the Native Americans who lived on the Keys at least one thousand years ago, are told, many for the first time, in this book. 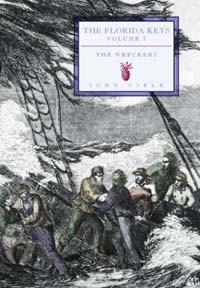 The Wreckers: The Florida Keys Volume 3

In this third book in a series on the history of the Florida Keys, John Viele tells the true story of the Florida Keys wreckers, the daring seamen who sailed out in fair weather or foul to save lives and property from ships cast up on the unforgiving Florida Reef. From the archives of the federal court at Key West, or “wrecking court,” and from contemporary letters, diaries, and newspaper articles, the author has captured the drama of the lives and times of the Florida Keys wreckers with accuracy and clarity.
Richly illustrated with drawings from nineteenth-century magazines and newspapers, artists’ concepts of wrecking scenes, and reproductions of old paintings and photographs, this book will fascinate sailors and landlubbers alike. 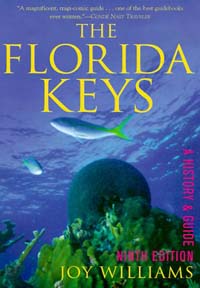 The Florida Keys: A History & Guide is a smart, stylish handbook to one of the most unique locales in America.The Florida Keys–an unlikely sprinkling of coral and limestone islands that curve southwest from the tip of Florida–have always been engagingly different. Here, author Joy Williams, whose novels and short stories have won wide literary acclaim, shares with us all of the region’s idiosyncrasies and delights. From the diving and fishing meccas of Key Largo and Marathon to the funkiness and sophistication of Key West to the remote outpost of Fort Jefferson in the Dry Tortugas,The Florida Keys serves the traveler as a witty and informative companion. Sensitive to and knowledgeable about the natural beauties of the Keys, Williams covers the exquisite underwater world of North America’s only living reef and the eerie and delicate serenity of the “back country” of Florida Bay.The Florida Keys also provides fresh, up-to-date advice on the practicalities of where to stay, eat, and wander. Here is the quirkiest, most candid, and most literate guide to the Keys. 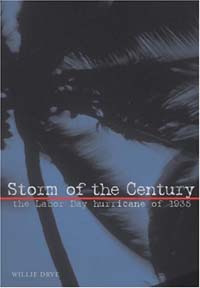 Storm of the Century: The Labor Day Hurricane of 1935

The most powerful hurricane in United States history assaulted the Florida Keys in 1935, one of the darkest years of the Great Depression. With winds surpassing 200 miles an hour and a storm surge topping 20 feet, the “Storm of the Century” killed more than 400 people in a two-day span, devastating small villages and killing hundreds of World War I veterans working on a federally sponsored project—and kicking up a far-reaching political storm of acrimony and controversy in its wake. Told from the alternating viewpoints of veterans and local residents who survived the storm, Federal Emergency Relief Administration employees, and governmental officials, Storm of the Century is an ambitious work of investigative journalism and historical research, panoramic in scope and haunting in its emotional immediacy. Featuring previously undisclosed documents from the original government investigation, noted journalist Willie Drye’s vivid account of the storm’s rampage is accompanied by fascinating revelations about how federal administrators ignored early hurricane warnings and why supporters of Franklin Delano Roosevelt were deeply concerned about its effect on the election of 1936. Drye’s bracing narrative expertly evokes the Florida Keys of the 1930s and delivers the first comprehensive explanation of how the economic crises of the Depression and the cruel mandates of political expediency collided full-force with the might of the hurricane itself and ultimately exploded into a national tragedy. 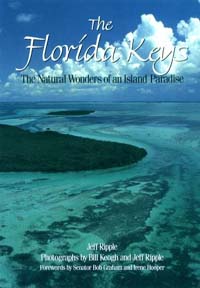 Those who think of the Florida Keys as miles of sandy beaches have much to learn about our southern Florida archipelago.
Each year, about four million people visit the Florida Keys, a 150-mile chain of tropical islands known for its diving, seagrass beds, mysterious mangrove forests, lush hardwood hammocks, rocky pinelands, and both fresh and saltwater wetlands (but not miles of sandy beaches). 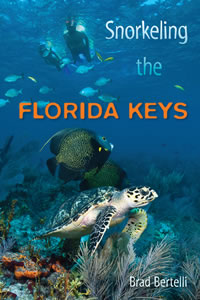 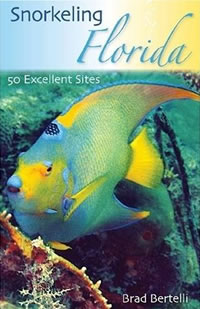 “Almost as essential as your mask and fins if you want to really explore the Sunshine State’s underwater world. Snorkeling Florida details snorkeling sites around the state, from the Panhandle’s sugar-sand beaches to the reef-filled waters of the Keys.”–Holly Ambrose, author of 30 Eco-Trips in Florida.