Home > News > History of Filming in the Keys

History of Filming in the Keys 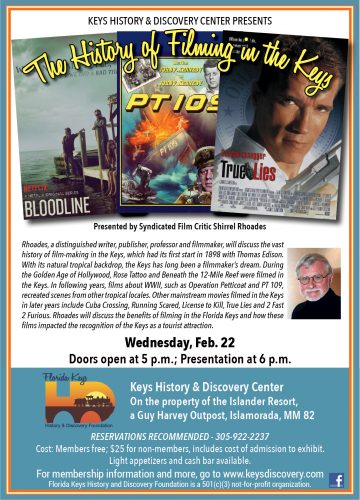 Rhoades, a distinguished writer, publisher, professor and filmmaker, will discuss the vast history of filmmaking in the Keys, which had its first start in 1898 with Thomas Edison. With its natural tropical backdrop, the Keys have long been a filmmaker’s dream. During the Golden Age of Hollywood, Rose Tattoo and Beneath the 12-Mile Reef were filmed in the Keys. In following years, films about WWII, such as Operation Petticoat and PT 109, recreated scenes from other tropical locales. Mainstream movies filmed in the Keys in later years include Cuba Crossing, Running Scared, License to Kill, True Lies and 2 Fast 2 Furious, and of course the Netflix series, Bloodline. Rhoades will discuss the benefits of filming in the Florida Keys and how these films impacted the recognition of the Keys as a tourist attraction.

Members of the Keys History & Discovery Center are free. Cost for non-members is $25 and includes admission to the exhibit as well as light appetizers. A cash bar will be available. Reservations are suggested and can be made at 305-922-2237 or info@keysdiscovery.com.

The Discovery Center is in Islamorada, MM 82, located at the Islander Resort. The Center is open Thursdays through Sundays, 10 a.m.-5 p.m. General admission is $12. Admission for seniors is $10 and children 13-under are free. 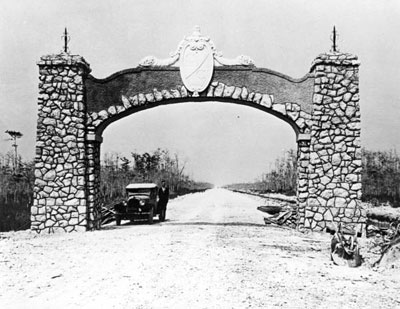