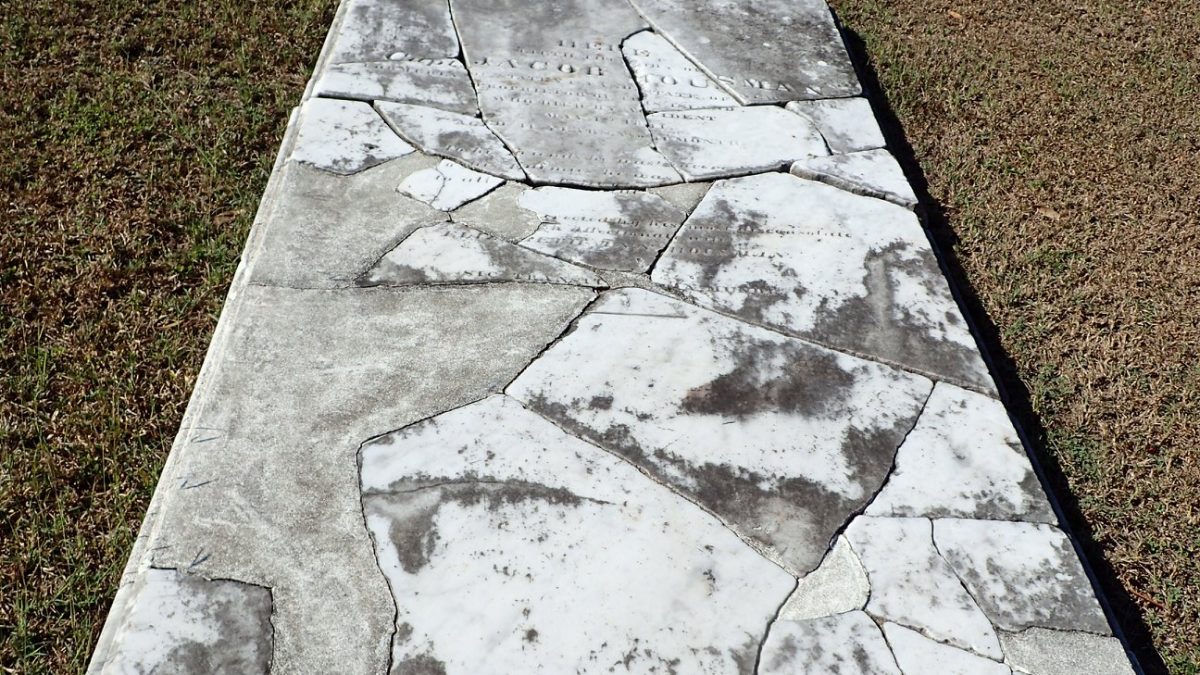 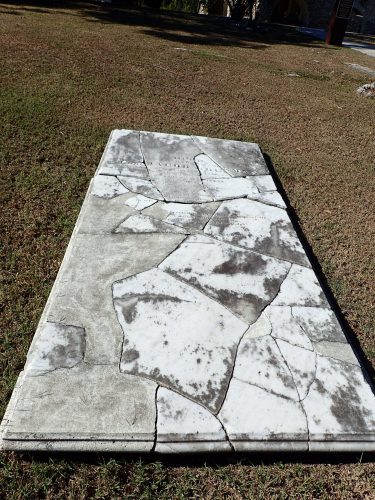 The weathered inscription reads: “Here lieth the body of Capt. Jacob Housman, formerly of Staten Island, State of New York, Proprietor of the island, who died by accident May 1, 1841, aged 41 years 11 months. To his friends he was sincere, to his enemies he was kind, to all men faithful. This monument is erected by his most disconsolate though affectionate wife, Elizabeth Ann Housman. Sic Transit Gloria Mundi”
John Jacob Housman was born on Staten Island, New York, in 1799. One of nine children, he grew up on the water. Proving himself a capable sailor at an early age, his father declared him the master of his 56-foot schooner, the William Henry used in “coasting and packet along the shores of Staten and Long islands, also up the North River.” He would set sail for the West Indies in 1822, wreck upon the Florida Reef, spend a few years in Key West, and join the Florida wreckers’ ranks.
Jacob Housman became one of the early Upper Keys real estate developers. After moving to Indian Key in 1830, he invested in warehouses, wharves, a hotel, and landscaping as he worked to establish a wrecking community on the 11-acre island. A successful community for nearly a decade, Housman is remembered as the Wrecker King of Indian Key in some accounts. Housman is also remembered as a rogue in the wrecking industry who is at least partially responsible for lending the industry a shyster’s history.
The island community would suffer during the Seminole War. On August 7, 1840, approximately 130 Indians attacked the island. Seven people were killed, and many of the buildings were looted and burned. Housman and his wife, Elizabeth Ann, survived the attack and moved to Key West.
According to accounts by Charles Howe, the island’s former postmaster and partner in Henry Perrine’s Tropical Plant Company, Housman returned to Indian Key in September. Though urged to return and reopen his general store, he went back to Key West at the end of October. In a letter written by Howe, “he cleared out for good—took everything he had left, to Key West… to sell at Auction—his Negroes—Boats—vessels & I think I see his object, he is as usual very schemey, he is a good deal in debt…”
Housman’s death is said to have occurred while he attempted to move from one ship to another when he slipped, was caught between the two ships, and was crushed to death. Housman’s widow, or so the story suggests, would retrieve her husband’s body and return it to Indian Key, where it was interred beneath this marble slab.
Between 1948 and 1952, the tombstone suffered damages by vandals and treasure hunters. Broken into more than 20 pieces, the Historical Association of Southern Florida removed the pieces of marble on August 2, 1952, and secured them in a Coral Gables vault. More than two decades later, on December 12, 1975, the tombstone was released to the State of Florida, Division of Recreation and Parks, Department of Natural Resources. For safekeeping, it was placed on Lignumvitae Key.
The following year, during a festival celebrating Indian Key’s history, park rangers brought the pieces of tombstone from Lignumvitae Key and displayed them for festival-goers to see. The rangers left before the end of the festival. At the end of the day, not wanting to risk leaving the artifact unattended, more than 20 festival workers each took home a piece of the tombstone for safekeeping. They reconvened the following day and returned the complete tombstone to park rangers.
A new permanent exhibit which will include the Housman tombstone is expected to be installed in September 2021 on the second floor of the Discovery Center. It will also include moving the existing Indian Key exhibit to better tell the intertwined relationship between the significant keys, including Windley and Tea Table keys.
has been added to the cart. View Cart
mrkeroppi